The West African Examinations Council (WAEC) has announced the release of its January/February First series of the 2020 West African Senior School Certificate Examination (WASSCE) for Private Candidates 30 days after the conducted of the examination across the federation.

“Out of the total number of candidates that sat for the examination, eleven thousand eight hundred and stay, 11,816 candidates, representing 97.86% have their results fully processed and released while two hundred and fifty nine (259) candidates, representing 2.14% have a few of their subjects still being processed due to errors traceable to the candidates in the course of registration or writing the examination. Such errors are being corrected by the Council to enable the affected candidates get their results fully processed and released subsequently. ” He noted.

“A total number of Three Thousand Eight Hundred and Ninety-Two 3,892 candidates, representing 32.23% obtained credit and above in a minimum of five (5) subjects including English Language and General Mathematics. The percentage of candidates in this category in the WASSCE for Private Candidates, 2019 – First Series was 26.08%. ”

The results of five hundred and forty-eight, 548 candidates, representing 4.54% of the total candidature for the examination are being withheld in connection with various reported cases of examination malpractice. The cases are being investigated and reports of the investigations will be presented to the appropriate Committee of the Council in due course for consideration. The Committee’s decisions will be communicated to the affected candidates.

Candidates are to proceed to WAEC’s official result checking the website to check their results: www.waecdirect.org . The Result Checker PIN and Serial Number needed by the candidates to check their results online are contained on the Candidate’s Photo Card obtained by each candidate during
the registration for the examination. 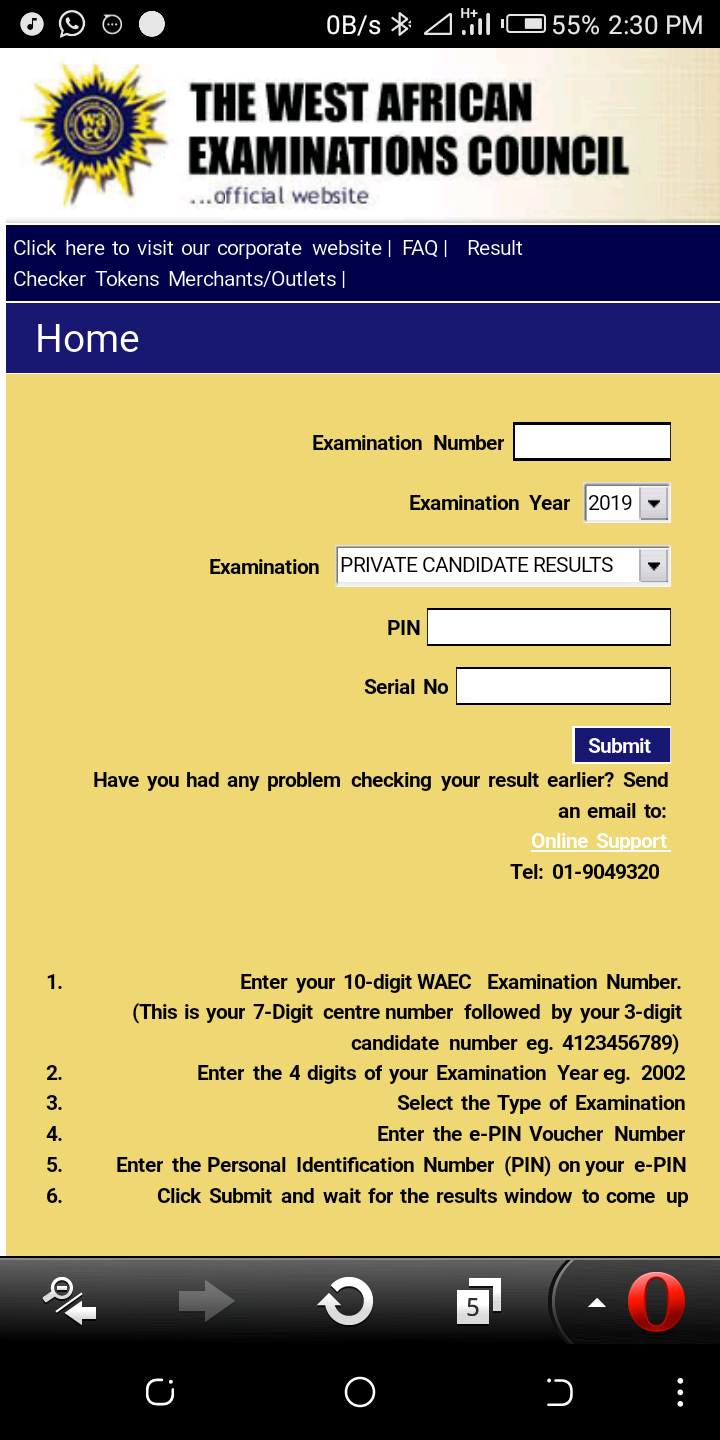